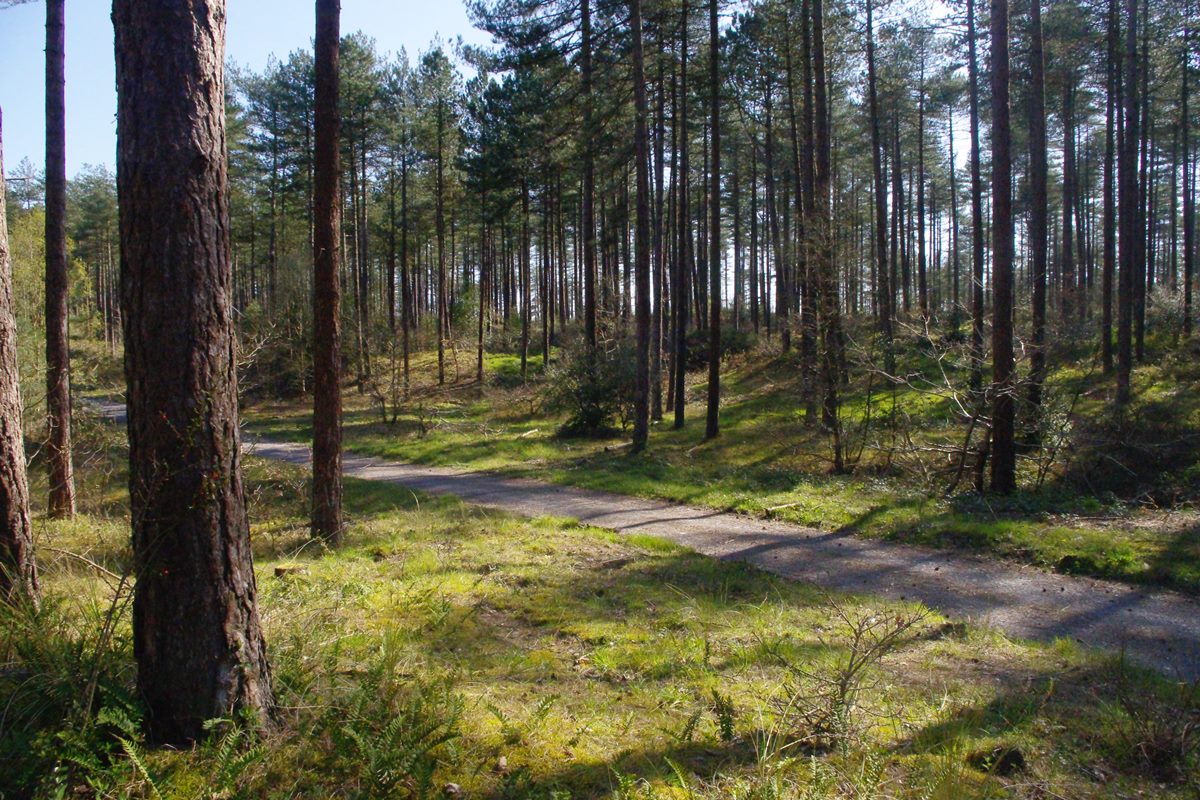 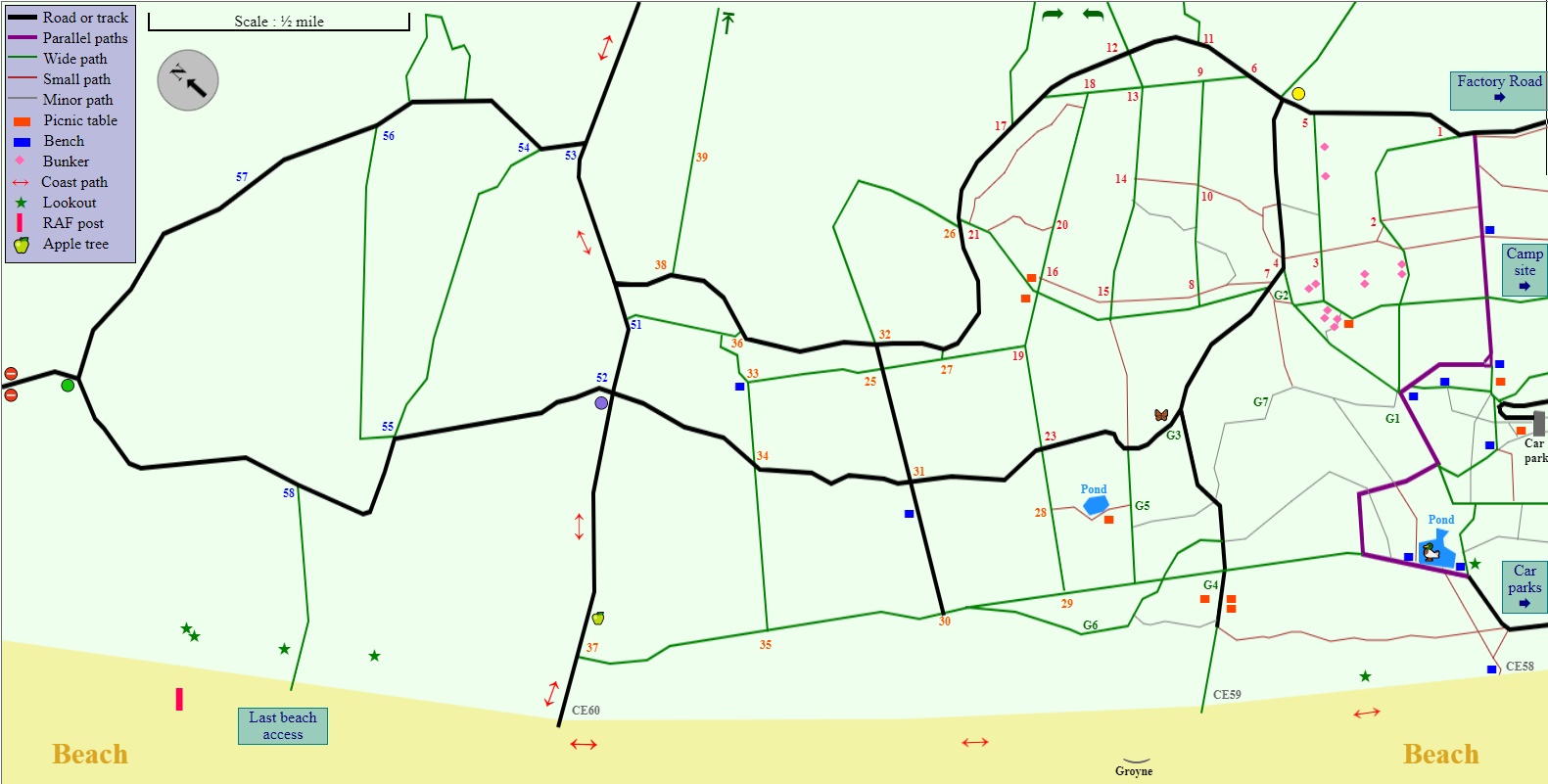 Pembrey Forest covers nearly 4 square miles, is predominantly Corsican Pine and managed as a nature reserve. Many of the tracks and paths are wide and open, so you won't have to miss out on the sun by taking a walk or cycle around the woods.

On the south-eastern side of the forest near the Country Park boundary are some small bunkers - relics of the time when this was an ordnance factory. These were actually access tunnels to cordite production areas, the enclosed area being surrounded by banks of earth and sand, in order that any blast would be deflected upwards. Some of these tunnels have been partly bricked up to provide residence for bats, but many are open and hidden deep in the undergrowth.

Numbered marker posts are now located at most path junctions. A small pond and a picnic table can be found at Grid Ref : SN391015, and white water-lilies can be seen during the summer.

Although it's a working forest, there are many patches of deciduous trees and picnic tables are placed in certain locations - see map (ok, it's not Ordnance Survey quality cartography, but it's the only available map which shows all the paths and tracks, and it'll help you find your way around).

The easiest access to the woods is from Pembrey Country Park - the western side of the park bordering the forest. The woodland car park (the one shown on the far right of the map) can be reached by taking the lane straight ahead at the sharp left hand turn in Pembrey Country Park. Also, a car park on the east side of Factory Road (about 400 yards before the country park entrance) is opposite the top track into the woods. If approaching from the west a third option is to walk or cycle along the coastal path from its junction with the A484 Kidwelly road (Grid Ref : SN412050). Roadside parking for 2 or 3 cars is possible here.

The boundary between Pembrey Country Park and Pembrey Forest is marked on the ground by two parallel paths along its length (one either side of where the fence used to be). There are ten access points to the beach, numbered from CE51 at the eastern end, to CE60. Note that forestry operations usually take place in sections of the forest from October to January. Cotoneaster is becoming an invasive species in the forest, so no-one's likely to object to some being taken for the garden! Common birds include jays, buzzards, willow warblers and green woodpeckers - the last two more often heard than seen. In summer you can often see marbled white and fritillary butterflies - the best place for butterflies is marked by the butterfly symbol - 🦋.

According to local legend, wreckers armed with small axes would lure ships onto the sand here, and pillage anything they could. They were variously known as 'Gwyr-y-bwelli-bach' (men of little hatchets) or 'Lladron Glan y Mor' (robbers of the sea), and their ghosts are now said to haunt the forest, as well as ghosts of dead airmen who crashed while returning to the nearby airfield. One of the 'Most Haunted' TV programs and several scenes of the historical drama 'Da Vinci's Demons' were filmed here and the forest is a favourite location for various paranormal groups. I don't like to spoil a good rumour, but having been out in the woods hundreds of times running and cycling - frequently after dark during the winter months - I've never seen anything remotely supernatural. Sorry, but the forest isn't haunted!

A selection of flora found at Pembrey